The Palm Beach couple whose trust last year bought rocker Jon Bon Jovi’s oceanfront home for nearly $20 million recently purchased a smaller house on the North End — and then immediately relisted it for nearly $2 million more than they paid for it.

Businessman Robert Posner and his wife, Zina, paid $7.23 million for the three-bedroom house at 233 Miraflores Drive using a limited liability company, property records show. The ink barely had time to dry on the deed before the Posners returned it to the market, priced at $8.995 million. On Tuesday, after 18 days on the market, the price dropped to $8.575 million, according to the updated sales listing in the multiple listing service.

Rob Posner is CEO of NewDay USA, which provides VA mortgages to military veterans. The Fulton, Maryland-based company earlier this year announced it was moving its headquarters and 600 employees to a building under construction in downtown West Palm Beach.

The Posners, meanwhile, have the house built by Bon Jovi and his wife, Dorothea Hurley, homesteaded as their primary residence in the latest Palm Beach County  tax rolls.

The Posners’ trust paid a recorded $19.847 million for Bon Jovi’s Mediterranean-style villa at 230 S. Ocean Blvd. in July 2020, property records show. The rocker and his wife simultaneously used an ownership company to buy, for a recorded $43 million, a much larger seaside manse a couple of miles away at 1075 N. Ocean Blvd.

The Posners used a limited liability company named RZP LLC — apparently named after their initials — to purchase the house on Miraflores Drive. The sale closed Aug. 20, the same day the house re-entered the market, according to the multiple listing service. The Bermuda-style house is listed with Douglas Elliman Real Estate agents Christopher Leavitt and Ashley McIntosh, who also represented the Posners when they purchased it.

The bright-yellow house on Miraflores was built in 1997 and has 4,366 square feet of living space, inside and out. It stands on a lot of about a third of an acre, a little less than a mile from the Posners’ main home.

When the Posners’ trust bought the Bon Jovi house, Leavitt and McIntosh handled the buyer’s side of the sale, although they have always declined to identify their clients. They also are keeping mum about the sale on Miraflores Drive.

The house that just sold on Miraflores has a den, well-scaled rooms with high ceilings, and a kitchen that opens to the family room and breakfast area, according to the recent sales listings. In the primary wing, a living room separates the master bedroom from the guest rooms.

Mahaney declined to discuss the sale or the parties involved.

Crenshaw’s brother is businessman Jeffrey R. Dillard, whose company, Cobra Oil and Gas Corp., has the same address in Wichita Falls, Texas, as CAD Properties Ltd. Crenshaw is president and her brother is vice president of a company that serves as the general partner of CAD Properties LP.

Crenshaw’s company paid $4.25 million for the house in March 2016. In that deal, Mahaney represented the buyer, while agents Jean Ellen Heron and Paula Wittmann — then of the Fite Group, the predecessor to William Raveis South Florida — acted for the seller, the estate of the late Barbara Rackoff.

From the archives: North End sales include house at 233 Miraflores Drive

When the Posners’ trust bought the Bon Jovi house, broker Christian Angle of Christian Angle Real Estate represented the sellers. Angle has consistently declined to comment about the sale.

Angle also handled both sides of the deal last year in which Bon Jovi and his wife bought 1075 N. Ocean Blvd. from private-equity specialist Jeffrey Marcus and his wife, Nicola.

Bon Jovi, a New Jersey native, is the lead singer of his band, Bon Jovi.

Darrell Hofheinz writes about real estate in his weekly “Beyond the Hedges” column. He welcomes news items about Palm Beach real estate for this column. Email [email protected], call 820-3831 or tweet @PBDN_Hofheinz.

Hello-Line Football: Fort Benton operates away with victory around Cascade

Wed Sep 8 , 2021
Following opening the period with a dominant gain above Ennis, Fort Benton 8-guy soccer kept it going this previous Friday with a 52-8 earn in excess of Cascade to transfer to 2- on the year. The Longhorns running sport led them to victory once again as they completed the night […] 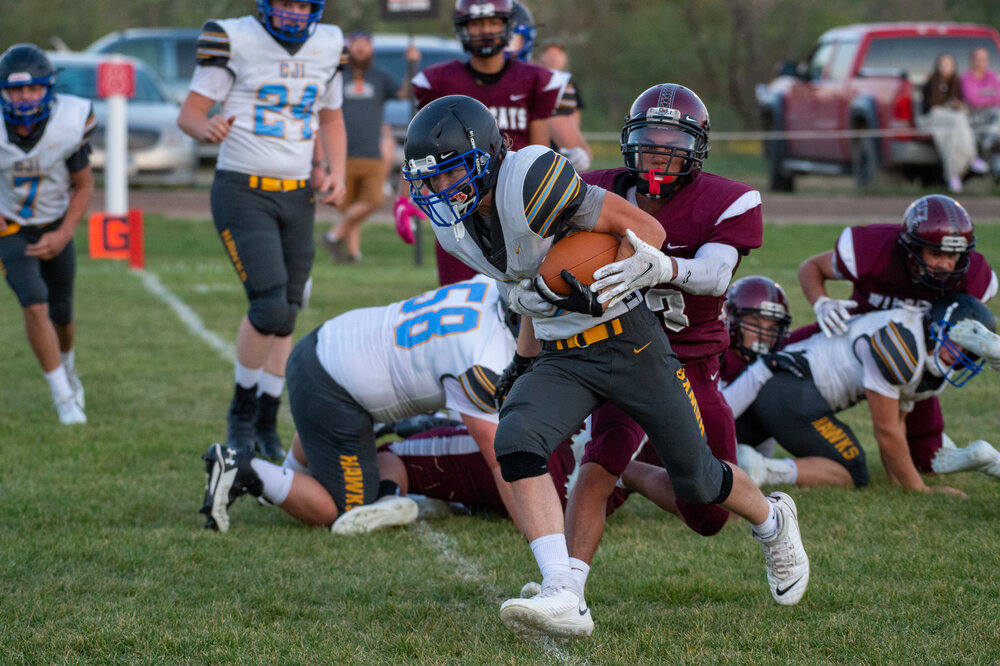