Cougar coaches, along with athletic director Tom Holmoe, joined host Dave McCann to talk about a variety of topics during the opening segment of the day, the “State of the Program” on BYUtv.

Both BYU athletic director Tom Holmoe and head football coach Kalani Sitake shared their support for what appears to be a likely expansion of the College Football Playoff from four teams to 12.

“It’ll help us,” Holmoe said. “There’s been too many times where (non-Power Five programs have) been just on the outside looking in.”

Could that change the Cougars’ position on independence, particularly since the expansion proposal includes a guarantee that at least one Group of Five program makes the playoff each year?

“One of the things we do every year is examination our position every year,” Holmoe said. “It would be our responsibility … to see what the environment is like.”

BYU’s will play seven Power Five programs during the 2021 season, including five from the Pac-12. This comes one year after the COVID-19 pandemic forced Holmoe to patch together the majority of the 2020 schedule in a short time.

“The Pac-12’s been good to us. They’re very easy to schedule with,” Holmoe said.

Sitake is also happy to see the return of Utah (Sept. 11) and Utah State (Oct. 1) to the schedule after the pandemic caused both games to be canceled last year.

“It’s good to see the normal rival games, get them back,” the coach said.

Tom Holmoe says 22,000 BYU fans attended the USC game at the Coliseum the last time the Cougars played the Trojans there.

BYUtv says the game vs. Arizona in Las Vegas could be the “largest gathering” of BYU fans outside the state of Utah in program history.

On the quarterback competition

BYU must replace quarterback Zach Wilson, the No. 2 pick in the 2021 NFL draft to the New York Jets, leaving a competition for the starting QB job between Jaren Hall, Baylor Romney and Jacob Conover.

“We will find out once we get closer to the game,” Sitake said about when a starting QB decision might be made, ahead of the team’s opener against Arizona on Sept. 4. “I’m really comfortable with all three. They’ve all three improved a lot.”

BYU offensive coordinator Aaron Roderick spoke about each of the three candidates:

Deseret News BYU football beat writer Jay Drew is on-site at media day and will have continuing coverage throughout the morning and afternoon.

BYU DC Ilaisa Tuiaki on the defense: “We are going to be good.” Says he is proud of what was accomplished last year.

BYU OC Aaron Roderick’s last words on QB derby: It will come down to the QB “who moves the team and scores points.”

No fewer than 58 names on the BYU depth chart — on defense only. That’s gotta be a record. Media day startss in a few minutes with the State of the Program TV show featuring Kalani Sitake, Tom Holmoe, @DaveMcCannTV

Get the inside scoop on your favorite team in this email for true Cougar fans.

‘I’m not the one earning decisions’

Fri Jun 18 , 2021
Luka Doncic had for at minimum numerous days been scheduled to talk Thursday to reporters in Slovenia, as he and the Slovenian National group put together for an Olympic qualifying match later this month. But when news broke Wednesday that the Mavericks and longtime group president Donnie Nelson experienced “mutually” […] 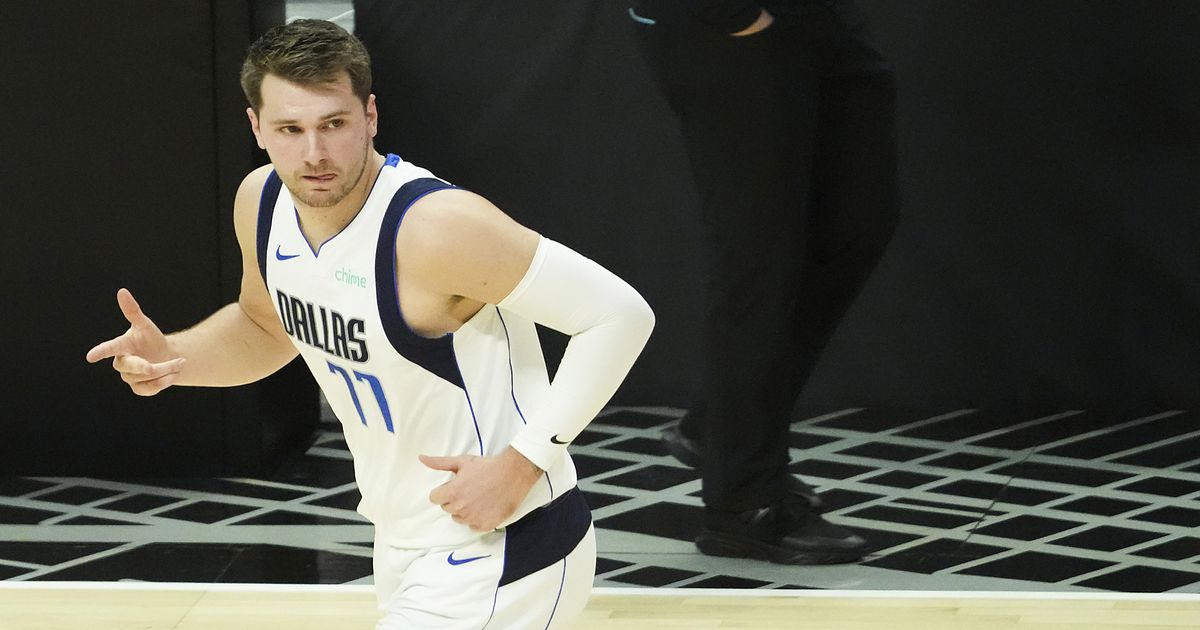